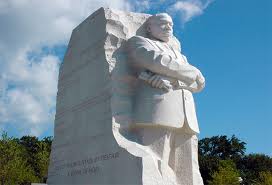 The joys of technology in the classroom –

We read a Scholastic News booklet in the classroom the other day about Martin Luther King, Jr.  The students really enjoyed it and had lots of questions about MLK.  The article mentioned the MLK memorial in Washington DC.  One of the questions asked was “How tall do you think that thing really is?”  My response was “I don’t know, but we can look it up.”  It was the end of the day so the next day we set aside some time to check it out on Google.  What resulted from that spontaneous teachable moment was heartwarming.

We looked at video footage of MLK giving his “I Have a Dream” speech.  The students were fascinated with the fact that they could see what he really looked and sounded like.  We found the official website for the memorial and started exploring.  Projecting the virtual tour, we found lots of interesting information about the creation of the memorial and watched a slideshow demonstrating the month by month construction of the memorial. We learned about all the symbolism associated with the elements of the memorial and that King’s words from his speeches are etched into the wall.  Best of all, we took a virtual tour of the memorial site. The students enjoyed the tour so much they clapped when it was over and asked to watch it again.  I heard them saying things like, “This is so cool, we can actually go there inside our classroom.”  Two of the boys sitting off to my side were having a conversation during the second showing of the virtual tour:  “I wish Martin Luther King was still alive.”  “He was really good and he could give more of those speeches to people so more people could hear his ideas.”  “I wish he could see that statue of himself.”  “That music they’re playing almost makes me cry when I think about how somebody killed him because they didn’t like what he was saying to people.”

All this great stuff because we were able to take a moment and instantly research a topic that interested the students We are so fortunate! 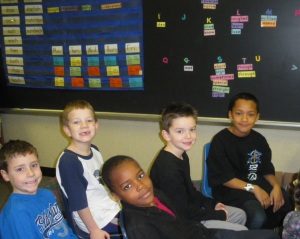